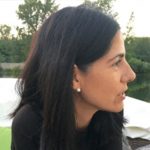 Marta is currently an associate researcher at the Gender Unit, School of Goverment (SG) as well as senior researcher associate at the Department of Migrations, Gender and Development of the Complutense University Institute for Development and Cooperation.

She has participated in research projects on cooperation and development in the Latin American Region and the Caribbean (Ecuador, Colombia, El Salvador, and Dominican Republic. She has also undertaken research projects in the Maghreb (mainly Morocco) and the Sahel (Senegal and Mauritania), Middle East (Jordan). In the European Union she has worked for with a wide array of stakeholders (public/private) dealing with migration reality (universities, academic institutions, government departments, international organisations, and non profit organisations.)

In the academic arena, she is Academic Coordinator of the Master of Arts in Gender and Development. School of Goverment, Complutense University of Madrid (on going). She has coordinated the department of Migrations, Gender, and Development at the IUDC from 2002 to 2011. She has also lead the organisation of numerous courses, seminars and workshops on the different facets of the migration phenomena. Her career has evolved from a practitioner role where she had the opportunity to directly assist and provide services to migrants towards actively performed as a researcher in the field of public policy from a transnational perspective.  Marta´s multidisciplinary profile and first-hand experience with a wide array of networks of migration actors and stakeholders has enriched her work and her study of mobility.

Her main work areas are linked to various and different aspects of migratory mobility and the policies that intend to affect including its external dimensions. Her current research topics are human trafficking and labour exploitation, mobility and children, gender and migration policies in the European Union, Latin America and the Caribbean.